In the last year I watched two films about families dealing with autism. The first movie was Life, Animated, based on a true story of parents and their son, Owen. The book described how the family connected with Owen with Disney films. The second movie was Po, based on a fictional story of a single father raising his autistic son, Po, after his wife passed away. The films showed the struggles the father has in taking care of his son while still working. Both films offered a realistic glimpse of families with autistic children and an update from the depiction in Rainman. The next few paragraphs contains spoilers from both movies. 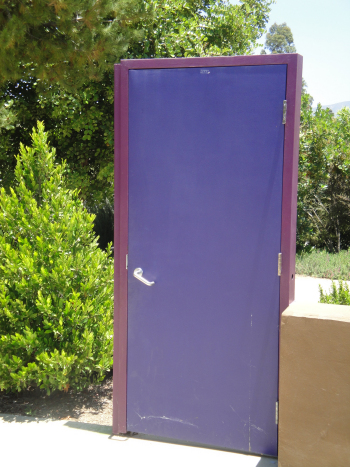 The first film, Life, Animated, is a documentary about Owen Suskind and his family. The movie interviewed the parents Owen as a young child. He started with normal speech development, then lost his progress around the age of three. The family was unable to communicate with him and felt they were losing him. They found a breakthrough when they noticed their son quoting lines from Disney movies. The father used a stuffed toy to start a dialog with his son and for the first time in months he was able to communicate with him. After the breakthrough, the family, including Owen’s brother, spent their evenings watching Disney and playacting scenes with Owen.

In between these stories about Owen, the movie show him as a young adult as he prepares to move out of the family home into assisted living. These scenes include clips from the Disney movies that he still used for communication. The film provides insight of the process of independent living for a young adult on the spectrum. Since I am the mom of an autistic young man in his twenties, I could see a similarity with Owen’s and my son’s struggles to live independently.

The second movie told the story of Po and his father after the mother’s death. The movie is fictional and incorporates the experiences of the director and the screen writer with their autistic children. The young actor who played Po, did a very good job of portraying autism. The movie showed the problems of autism such as sleep, eating, repetitive speech, bullying in school and so many other things that I found myself nodding in sympathy with each new behavior. In addition, it showed the impact on families, such as dealing with the school system and autism therapies. The film also showed the internal problems, such as bathroom issues and sleeping problems that many parents don’t talk about. There is also the problems with one parent handling all of these problems and working full time in order to pay for everything and keep health coverage.

When the father loses his job and health coverage, the stress is too much for him so puts Po in a group home. The son loses more of his speech in the home and eventually runs away from it one night. After Po’s father is called, he drives to the spot where he thinks his son might go. He finds Po on a dock by the ocean where their family used to go. He runs out to his son and Po speaks to his dad about how he feels losing his mother. This scene brought back memories of our own breakthroughs with our son and the hard times we went through. When watching the movie I definitely recommend having a box of tissues at hand, many scenes will tug at your heart, even if you don’t deal with autism on a daily basis.

However, while I enjoyed both movies the ending of Po bothered me. It was a classic happy ending, with all of the father and son’s problems solved and everyone getting together in spite of past problems. After seeing the ending, if my family had half of the good fortune shown in Po, we would have very few worries about our future.

What really bothered me was the presentation that autism is really hard but eventually the issues are due to quirky behavior and the right attitude fixes things. It’s due to parents and caregivers misunderstanding so extra help isn’t needed. The ending also implies that autistic people have super powers and these powers make up for all of their difficulties. I have found that changing my perception and attitudes about autism helps but it doesn’t make all of the problems disappear. Not all autistic people have a special ability and even those that do still have problems interacting with the world. Autism is viewed as a disability or mental disorder because of the issues that are more than quirky behavior.

The other movie, Life, Animated, stayed realistic and didn’t have a neat ending with all problems resolved.  One scene with Owen’s brother captured his thoughts about the family and his future. He talked about the scary idea of taking care of his parents and Owen in  30 years. This moment captured the issues of long-term care faced by many families.

I recommend both films for anyone who is interested in more information about living with an autistic child or adult. However, the ending of Po is meant to be a feel good moment and not a realistic depiction of life with autism. Life, Animated depicts a realistic life for an autistic person and their family. 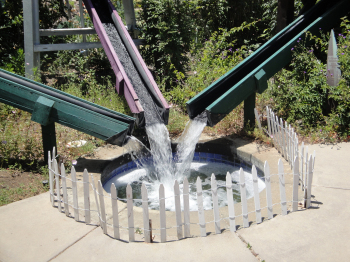