The lights were off in the computer lab, although a glow from the monitors provided some illumination. Gabrielle sat in front of one of the tables, leaning back, arms crossed while she watched the monitors and the clock on its screen. The room was quiet, unlike the main war room down the hall. The rest of the team was monitoring the big screen, the internet and various dark nets around the world. There was an air of expectation in that room and while it wasn't too noisy, the tension had built and she decided she needed a break. After working for so many years for this exact moment, she wanted to monitor by herself, in case the team's code did not work. As the clock ticked forward, she rolled forward and placed her hands on the table. Nervously she tapped her fingers on the table top as the blue clock ticked forward "03:06:00, 03:06:01...".

As she noticed her fingers tapping, she held her other hand over them in order to stop the nervous drumming. Even though she was an adult, the habits learned from child hood stayed with her and stopped her hand from making the 'annoying racket' as her mother had called it. Oh the memories, the fights about not dressing right, the need to meet the right kinds of people and learn the intricacies of the social scene here mother craved. All she had wanted was to study and learn but her mother never understood.

Yet in spite of the lack of support from her mother, her father had encouraged her in learning math and science, then computer programming in junior high and high school. Many times, she had wanted to give up, somehow escape her home but her father would support her, help tutor her in the subjects she was truly interested in. She had loved the purity of working through the equations, solving problems, then applying the information to physics problems from the real world. However, her interest peaked when she discovered the world of cybersecurity and the different paths that malware could take over computer operating systems and how to prevent that. Leaving home for college, her first job, all of those helped her to escape the abuse at home but she could not escape the memories. She had asked him once, after leaving home, why he stayed with her mother. He shrugged and said "For me, she is the right person, but for you, no. I'm glad you've found your way Gabby."

While musing about the past, she noticed a shadow in the hall outside the lab, through the window. The shadow moved to the door and it opened as someone keyed it. She sighed when she saw it was Daniel, her assistant and friend on this project. Many people thought of them as a romantic couple, and she didn't tell them differently because it was easier. He walked over and pulled the chair backwards before sitting down in it, grinning as he did so. He never failed with the Ryker move and she felt a slight smile on her face.

"So Number One, any news? Or are you here just to annoy me?"

"No news, just wondered where you might be. Then I remembered how much you love," he said while she snorted, "a tense, worrisome crowd of people when approaching a deadline. Using my amazing deductive powers, I figured you'd be here." He grinned again, but she didn't smile this time. Turning back to the monitor, she watched the reports, noting a slight dip of activity in South America, an increase in Mexico to compensate, and other changes as data fed into the system.

"Too noisy in the war room? Or worried about this not working?" he asked. He said it quietly, then waited while she continued watching the screen. The blue clock now shows "3:07:08, 3:07:09..." and she held her right hand to keep from tapping her fingers. She wished for a cigarette, an old style version, with all of the nicotine, tar and other nasty items that could give you lung cancer, but also made you feel wonderful after you took a few puffs. There were some of the new style cigarettes in her pocket, completely safe to use and completely devoid of that extra push that had helped her in coding when she was younger.

She jumped slightly when Daniel said in a louder voice, "You can ignore me, but I'm not going to leave. It's going to work and I want to be here with you when it does. We've both worked too hard to get here."

"I know, I just needed some time away from everyone. I can't fully believe that it's finally the day we've worked towards for the last fifteen years, “she said. ”It's our time to save Earth and humanity, even if they don't want us to."

"It is here and we are here because of you and your work. The rest of us have helped but without you, this would not have had a chance in hell of doing anything, you know that. Quit doubting yourself."

"Stop doubting myself, that's not going to happen. It is who I am, you know that." She leaned forward in order to check one of the reports more closely. There was an odd change in the Asian continent so she reached for the mouse. After clicking and searching, she found the raw data and studied the data from the server farm pushing the data. If that farm went down it could compromise the Asian vector. She moved the mouse around, while muttering things into her voice-motion microphone. The server screen asked if she wanted to continue, she clicked "OK" and saved the changes in data for that cloud. Eyes scanning across the screen, the new parameters started to push out and the data stream changed for the push. After a few seconds, the server farm data settled back to the norm and things continued to look good for the final stream of data. She leaned back again and saw that that Daniel was still there. He was watching her, his face faintly lit by the light of the monitor. A smile was on his face and he was nodding as she looked over at him.

"See, things are still working, it is going to happen, and we are going to shut down the main Internet and electronic devices all over the world. Once the cities have been cleared out in the next few months, the world will be ready for us to come in and lead them."

The blue clock continued to show the time, "3:11:14, 3:11:15...", marching closer to the so called Year 2038 bug. With the advent of 64 bit based operating systems and their deployment, the bug was no longer as important but companies had used it to pump up their products and services for fixing things. A very nice boost for the economy, at the expense of planet resources.

Using voice motion, she called up another report, this one for their network, in order to verify everything was patched and ready to operate. The world would need leadership to fill the vacuum after everything failed, but first those who were unworthy and unable to survive without technology would need to be 'erased'. Part of her was uneasy, people weren't bits that disappeared when a computer was turned off, they were people. The thought was pushed away, many years of practice had taught her how to turn off caring for individuals in order to work for the betterment of humans and their only planet. While she cared for humanity, Earth could not continue to support so many people and burn up resources in a mad quest for trivial advancements.  as she confirmed their network and devices were still good while the clock counted down the time.

"Does it bother you about what will happen? About the people who won't make it to our new world?" she asked him.

"I don't like to think about it but someone needs to do something if humanity is going to survive. We tried other things, politics, organizing groups and it's all been too little. You know the data shows how bad things are going to get, and we decided it was time to act as a small group instead of trying to change everyone else."

"Yes and maybe if we had done that or we hadn't done this or, or, Gabby, we've had these conversations, you know we aren't doing this as a whim. Someone has to change things, it is up to those who see a problem to do something about it."

"That sounds good in a story, but this isn't a story, people are going to die because of what we do tonight. Maybe I should stop it, I can..."

He reached over and put his hand on hers, stopping the mouse from moving. "No, it's time and we won't have another chance as good as this. Things are already tight in security, it won't be much longer when shutting things down like this won't be possible. The only solution then will involve killing people and the cities and humanity wouldn't recover from that."

The blue clock was counting down "3:13:44, 3:13:45..." as Gabrielle held her hand still. "I know, but I never thought I would be the mass murderer of the world. It probably won't work, Marie's is a genius who I can't keep up with. Her trusted network will keep us out."

Gabrielle studied the maps and the reports. Before, the reports had shown lines marching across the screen, very much like an EKG reading, with peaks and valleys. At the moment for the bug, the lines had dropped to zero and flat lined. In her head, she heard the steady tone from TV shows that indicated a flat line and a 'Code Blue' or some other signal that emergency help was needed to resuscitate a patient. Only in this case no help was on the way and she was helping it to die sooner instead suffering a lingering, painful death. The colored lines for their networks around the world still pulsed, displaying the little nodes where new life would spring from the corpse of the world they would create.

"It worked! There are a few nodes not affected, but not enough to change things. Now, time to plan for the next phase," she said. "We will need to monitor to make sure none of those Internet nodes can come back up. If people start connecting again and restarting the infrastructure, this will have been for nothing." 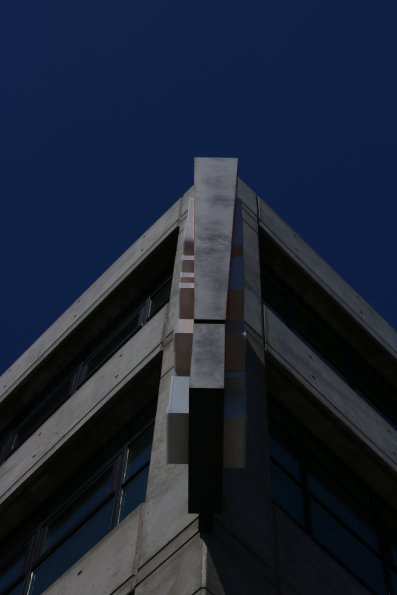 "Even if they get some started up, it won't be enough, especially with us keeping an active role. Just a few months more, than we and the survivors can start over again." Daniel stood up and said "It's time to get some rest, it will be busy tomorrow. I have a feeling we are going to be very busy for the next few days."

Gabrielle stretched her arms above her head, fingers cracking as she moved. She stood up, watching as the red clock continued its count, "03:15:08, 03:15:09...". The lines for the Internet continued to stay flat while their networks continued to communicate and connect.  The plan had succeeded so far but the next part would involve a lot of work and could go wrong in many places. Perhaps luck would carry them but she intended to make sure that luck was backed up with her team's hard work.